Evans Netshivhambe was born in 1982 in Venda in an area called Nzhelele, Limpopo, South Africa. He completed his high school education in 2000 at Dimani Agricultural High School, where he was part of an ensemble of four brothers called “Boys Beat”. This is
where he discovered his composition ability.

He then pursued his music studies at University of Venda in 2001. In 2002, Evans enrolled for a BMus degree at the University of the Witwatersrand, which he completed in 2005, specializing in music composition.

In his senior undergraduate years, Wits appointed him
part-time lecturer/tutor for first-year students in sound mixing and design, as
well as score arranging.

In 2007, he graduated with a Masters degree in Digital Arts, specializing in Music Composition, Sound Design, Sound Engineering as well as Audio Mixing for production and Multimedia Composition.

In 2008, he was awarded third prize in a Choral Music competition pioneered by
the Southern African Music Rights Organization (SAMRO), which displayed 20th Century
choral music style. He also received three commissions from SAMRO in 2010, 2011
and 2012. He is very passionate about music composition and has been composing
music since he was 16 years old.

Currently, he enrolled for a PhD in
music composition at the University of the Witwatersrand. 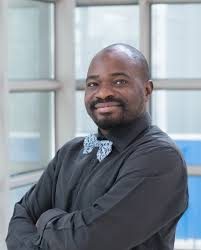