With a career spanning more than 50 years, an impressive output covering the most important musical genres and media, and a style which is simultaneously unique and essentially South African, Stefans Grové is hailed as a leading exponent of South African Serious Music.

In Bethlehem, Orange Free State, where Grové was born, his mother worked as a music teacher and his father as a school principal. Grové’s musical education began at school and his first compositional efforts date from that time. He eventually trained as a pianist
and organist, with the guidance from his mother’s brother, D.J. Roode.

As a student he remained an avid reader of musical scores (often without the assistance of accompanying soundtracks) which not only informed his own development as a composer but may also have developed his talent for sight-reading at the piano.

In 1953 he was awarded a Fullbright scholarship which he used to enrol at Harvard University. While in the USA Grové took the opportunity to hone his skills under musical icons like Aaron Copland and Walter Piston, winning a number of composition prizes. In 1972 he was nominated as one of the “Outstanding Educators of America”.

More about Stefans Grové can be found on here 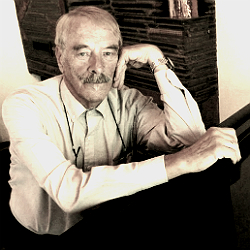