Ilke
Lea Alexander is a flautist, composer and teacher in Johannesburg, South
Africa. She completed her Bachelor of Music degree at the University of the
Witwatersrand in 2011 where she double specialised in composition and flute
performance. Ilke has a keen and growing interest in contemporary composition
as well as extended techniques on the flute, and has traveled to New York to
have masterclasses with leading avande garde flautist Robert Dick. Playing as
part of the MIAGI Youth Orchestra in 2014, Ilke’s composition “Other Kudoda”
was premiered at the Berliner Philharmonie, and performed in other prestigious
venues such as the Concertgebouw and the Laeiszhalle in Hamburg. Ilke has
played in the experimental chamber music band; “The Prisoners of Strange”, led
by renowned South African bassist Carlo Mombelli, an adventure which saw her
slowly discover the world of improvisational music. Ilke has a passion for
music education and was a recipient of the ABRSM Centenary grant in 2012, which
allowed her to pursue a semester of studies in pedagogy in the UK. Furthering
her education she attended an Orff Schulwerk summer course in San Francisco in
2013 and 2014. Ilke is a founder and currently a co-director of the “Music
Enlightenment Project” which is situated in the Braamfontein CBD, and aims to
provide underprivileged school children with the opportunity to learn and
experience life through the mediums of music and dance. 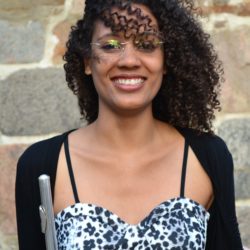