Prof. James Stephen Mzilikazi Khumalo was born on 20 June 1932 on the Salvation Army farm, KwaNgwelu (known as Mountain View in English), in the Vryheid district of Natal, South Africa. As a school-child he began his life-long involvement with choral music and developed a deep love for African traditional music.

In 1969 Khumalo became a tutor in the Department of African Languages at the University of the Witwatersrand, Johannesburg, where he rose through the ranks to become Professor and Head of the Department.

Since 1989, together with SAMRO composer-member, Richard Cock, Khumalo was for a considerable time a Music Director of the annual Sowetan Nation Building Massed Choir Festival. After 1980 he rekindled his interest in traditional African music and stopped composing for a while in order to study the genre, concentrating on collecting and arranging black folk music.

In 1983, he was honoured for [his] persistently high-quality output as a composer, and [his] magnificent Zulu idiom in some of [his] best compositions”, and his works have won him several prizes. In 1986 he wrote Intonga YoSindiso for the enthronement of Archbishop Desmond Tutu, and he has received several commissions. He is the composer of the large-scale epic cantata, UShaka KaSenzangakhona, on the life of the Zulu king, Shaka, as well as the opera, Princess Magogo.

Khumalo is, inter alia, an Emeritus Professor of African Languages of the University of the Witwatersrand, Johannesburg, and is Vice-Chairman of the Board of Directors of SAMRO. He was the Chairperson of the committee appointed by the Minister of Arts, Culture, Science and Technology to produce – at the prompting of then President Mandela – the official version of the South African National Anthem, and served on the Music Committee of the National Arts Council.

Khumalo’s works are frequently performed both at home and abroad, and recordings of many of his compositions have been made.

Enquiries about the repertoire of this composer may be directed to 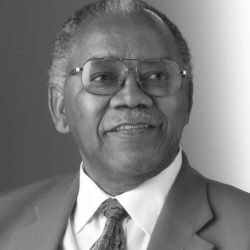