Robert Fokkens is a South
African composer based in the UK. His work explores a range of influences from
traditional South African music to 20th– and 21st-century experimental music, via jazz, electronic
dance music and the classical canon, creating a music characterised by twisted
cycles, rhythmic energy, and microtonal inflections. The Times has described
his work as being “fascinating”, “imaginatively orchestrated” and
having its “own engaging quirkiness”.

Robert works frequently with performers in a
collaborative relationship, and 2018 sees a number of performances by some of
his closest creative partners. Retorica (Harriet Mackenzie and Philippa Mo,
violins) will premiere Dances and Chorales for two
violins and electronics in Cardiff, and New York-based pianist Kathleen Tagg
will present a new work for piano and electronics. In March, The Fidelio Trio
performs Mammals of Southern Africa for New Music
Dublin and the Cardiff event of the Contemporary Music for All National
Festival, the Signum Quartet give the South African premiere of glimpses of a
half-forgotten future for the Cape Town Concert Series, and
the Stoltz/Martens/Dias trio include two of his works in a concert for Woordfees
2018 in Stellenbosch, South Africa. Robert is currently
developing a monodrama with Kathleen Ferrier Prize 2010 winner, baritone
Njabulo Madlala, for premiere in 2019.

In past seasons, Robert’s work has been performed in
major venues in the UK (including the Wigmore Hall, Purcell Room and Royal
Festival Hall), South Africa, Australia, the USA, Japan, and across Europe. He
has received commissions from organisations including the Ralph Vaughan
Williams Trust, Arts Council Ireland, Cape Town Opera, the SAMRO Foundation,
and the Stellenbosch International Chamber Music Festival. Performers of his
orchestral music include conductors Pierre-André Valade, Gérard Korsten,
Kenneth Woods and Tim Murray, and orchestras such as the South African National
Youth Orchestra, the Gothenburg Symphony Orchestra, and the English Symphony Orchestra-
to name a few. . In 2014 he was elected an Associate of the Royal Academy of
Music.

Robert is currently Senior Lecturer in composition
at Cardiff University, and regularly gives masterclasses and presentations on
his work at other institutions in the UK, Ireland and South Africa.

Robert is also an experienced conductor, currently
working as director and conductor of the Cardiff University Contemporary Music
Group. With this ensemble he is working on a project performing contemporary
Welsh choral music

His music is published by Composers Edition
and Tetractys
Publishing 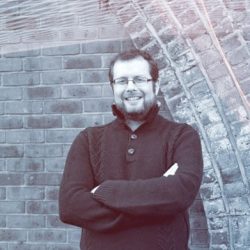