THOSE LOST IN TIME

‘Those Lost In Time belongs’ to the fugitives, those who live within the cracks of time. Those who are forced to move in and out of time due to the harshness and strain that which time inflicts. Time cannot be a stationary idea to the man who exists outside of it, it is carved by the everyday difficulties and beauties which one is forced to appreciate.

‘The work Those Lost In Time does not accept the concept of time at face value or on a superficial level. It understands that time does not exist in the idea of duality but on the idea of multiplicity. This is the idea that one can be late but still be on time. The tension or dissonance which is caused by the harmony. The idea that what works creates what can be destroyed.’ (Motuba – 2018) 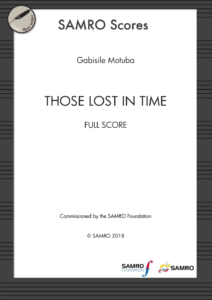